My Life as a Writer

I was born in 1977 in a south suburb of Chicago, but grew up for the most part in the northwest suburb of Lake Zurich, Illinois.

I wrote my first full story as a short book for my reading class in third grade. As I was at that time obsessed with the Oz universe of L. Frank Baum, I created my own extended story in that world, Emerald of Oz, the tale of a unicorn whisked there away from the world she knows only to find friends and a place to truly call home.

Through the years, I continued to write, usually short stories and poetry and aborted attempts at longer works. I was, after all, only developing as a writer. Through the encouragement of several key teachers and of course, my mother, I continued to grow and grow and write and write.

During my freshman year of high school, a major crush of mine crushed back although he was two years my senior. One day in gym class, he said, "Write a story about me." The first thing I said in response was, "Give me a character." And so he did, and so there is Matt Brennan. When first finished, it was a fine short novella of 50 pages called A Summer of Promise. It was very innocent and very compact, but it elicited tears in the very man I had written it about. I was hooked. Although it took nearly 10 years and many incarnations, one computer hard drive fry and several complete rewrites, In Death We Part came to fruition in 2011 after I finally took a "research" trip to New Mexico and actually learned what that part of the country looked like.

My second book, Running in the Mists, developed even before the first was published simply because I was curious where Brianna would go in her life after all that has happened. I was not disappointed and I hope readers won't be either.

My third book, Elysian Fields, takes the continuing story's action to Paris... my other love and other "home town." Although Brianna's journey for the most part is complete as of the second book, this third part follows the ongoing journey of Elyse, whose story has yet to be figured out and put to rest.

Educated at the University of Illinois-Urbana-Champaign, I studied English Education and had a French minor. I am now a freelance editor and writer and coordinator of the Alpha program at my church. 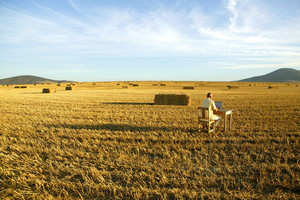 Bartleby the Brave (and the Spanish translation Miedosin el Valiente) are now available!

I always love to hear from my readers. Please don't hesitate to contact me at vmaldonado1230@gmail.com.

"Tears for the Butterfly" is now available for PRE-ORDER!

Fill out this order form for the easiest (and cheapest) purchase of author-signed hard copies! Shipping available.

The Evidence I Have Lived Book Order Form

Now you can order the epic writing collection/anthology of Lisa F. Gullo titled, "The Evidence I Have Lived: The Complete Writings of Lisa F. Gullo." Shipping available.

Find out about my upcoming book releases and bookstore signing events on my social media pages.

OR JOIN MY READER GROUP